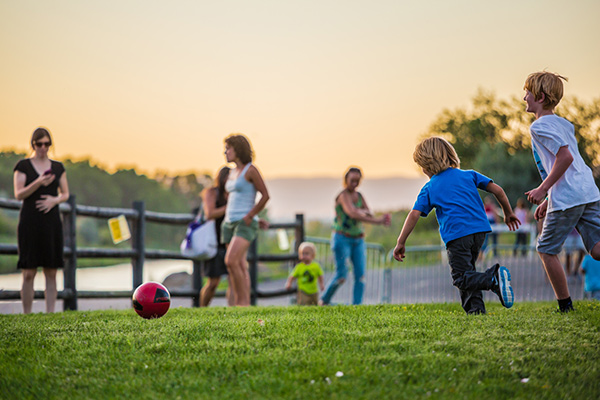 The following article by Ashley Capoot for the Tribune News Service focuses on remote workers in the Midwest. But really it could apply to remote workers moving to smaller communities across America:

“For Marcus Medsker, the pace of life in Quincy is slow. And he likes it that way.

Medsker, a senior client sales manager at Echo Global Logistics, was living in a two-bedroom condo in the River North neighborhood of Chicago just over a year ago. But when his wife became pregnant with their second child, they decided to move to his hometown.

Before the pandemic, moving to a different city wasn’t really an option for Medsker, who is now the father of three.

‘Me working remote was never really on the table, so until that became fully available, that’s when we kind of decided to look at Quincy,’ he said.

Medsker is one of the millions of Americans who has been working from home during the pandemic. As the average number of COVID-19 cases continues to decline across the United States, many employers are cautiously optimistic about returning to the office. But for some, the remote workplace changes are permanent.

According to a January Pew Research Center survey, about 59% of U.S. workers who say their jobs can mainly be done remotely are working from home all or most of the time. Since 2020, the share who say they have relocated away from the area where they work has increased from 9% to 17%…

Evan Hock, co-founder and head of product at MakeMyMove, which was launched in December 2020, said he thinks remote work has given people the freedom to tailor their lifestyles to their personal preferences, not the locations of their employers. As a result, he said many remote workers are choosing to relocate to small towns because of affordability and opportunities to connect with the local community.

‘It just so happens that a lot of these smaller towns and rural towns offer a lot of what folks that are leaving big cities are looking for,’ Hock said.

In fact, Nicholas Epley, a professor at University of Chicago Booth School of Business, said the sense of community people find in small towns can sometimes replace some of the social connections that are lost in remote working environments.

‘The acquaintances, the more distant colleagues, even conversations with strangers are also important for our well-being,’ he said. ‘What you’re going to lose when you’re not going into the office routinely is a broader social network that comes from connecting formally and informally with the colleagues that you work with.’

Even though these more distant connections can be lost by working remotely, Epley said it is certainly possible to find them elsewhere, like within a small town. Ultimately, he said where people find meaningful connections depends a lot on the individual and what they do for a living.”